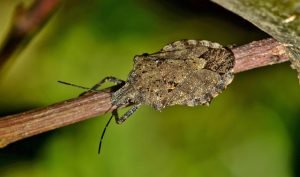 If you’re dealing with stink bugs in Austin, TX, Magic Pest & Lawn can help. We specialize in stink bug control and can get rid of these pests for good. The common stink bug (Halyomorpha halys) is an invasive species that was first introduced to the United States from Asia in the 1990s. These pests are now found in nearly every state in the country, causing problems for homeowners, farmers, and businesses alike. Stink bugs get their name from the foul-smelling odor they emit when squashed or disturbed. If you find yourself having any issues with stink bugs in or around your home or business, don’t hesitate to give Magic Pest & Lawn a call!

Stink bugs are a nuisance for several reasons. First and foremost, they stink! When crushed or otherwise disturbed, stink bugs emit an unpleasant odor that can linger for some time. This odor can be difficult to remove from fabrics and other materials. Additionally, stink bugs feed on fruits and vegetables. While they don’t typically cause serious damage, their feeding habits can cause cosmetic damage that makes produce unsellable. They’re often found congregating in large numbers, which can be unsettling for some people. If you’re dealing with any of these problems, Magic Pest & Lawn can help. We specialize in controlling stink bugs and have the experience and expertise to manage stink bugs in your home.

Signs You Have a Stink Bug Infestation

There are several signs that you may have a stink bug infestation. These include: 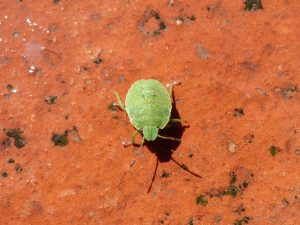 Stink bugs are small, oval-shaped insects that are typically dark brown or black in color. They have a hard shell-like exterior and measure about 1/2 to 3/4 of an inch long. While they do not have wings, they are able to fly short distances. Female stink bugs lay their eggs on the underside of leaves. The eggs are small, round, and light green in color. They hatch into nymphs (immature stink bugs) that are dark brown or black with a light-colored stripe running down their backs. As the nymphs mature, they develop wing pads and eventually become adults.

Magic Pest & Lawn uses a combination of chemical and non-chemical methods to get rid of stink bugs from your home or business. We start with a thorough treatment and as the treatment is being done we can potentially identify if there are any specific entry points the brown marmorated stink bugs may be using to get inside. The technician may also provide suggestions to customers on any methods they can utilize to help eliminate the infestation. Our methods may include one or more of the following:

For industry leading pest control, there’s no one better than Magic Pest and Lawn! Our experts go the extra mile to prevent the brown marmorated stink bug and other stink bugs from plaguing your living space.